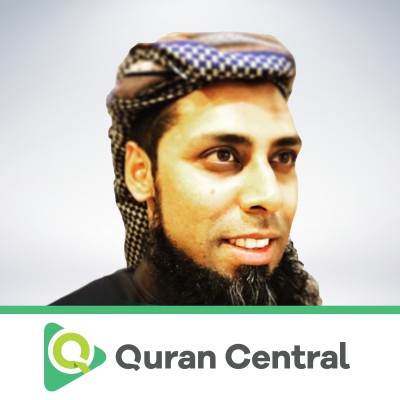 Qari Ziyaad Patel was born in South Africa and is a man of multi-talents which he manages with extreme clarity and perfection.

After commencing memorisation of the Qur’an at the age of 11, Mufti Ghulam Hassan Saib of De Deur at Ogies – Mpumalanga saw him through his successful completion by 14 years of age after which came the mastery of Tajweed under the guidance of Hafiz Dr. Abdul Qadir Hansa Sahib which he topped up with further perfection under the wings of Sheikh Abdullah Atiya Bayomi.

He has had the extreme privilege of having rendered his psalmody of the Holy Qur’an at various places such as Abdul Latif Jameel Mosque and Masjid-Taqwa in Jeddah under the Imamat of Al-Sheikh Sheikh Abu Bakr Shatri and also in different countries of the world such as United Kingdom, Ireland, Turkey, India, Kashmir, Egypt, Saudi Arabia, Thailand, Botswana, Indonesia and South Africa.

Presently, Qari Ziyaad is attached to the Al Imaad Foundation which he has been managing diligently with amazing dedication and enthusiasm.